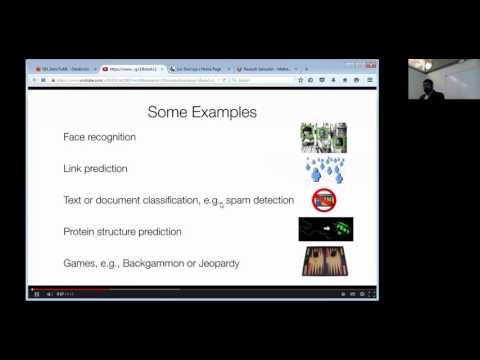 SOURCE: This is the scala version of the python notebook from the databricks Community Edition that has been added to this databricks shard at Workspace -> scalable-data-science -> xtraResources -> dbCE -> MLlib -> unsupervised -> clustering -> k-means -> 1MSongsPy_ETLExploreModel as extra resources for this project-focussed course Scalable Data Science.

This is the third step into our project. In the first step we parsed raw text files and created a table. Then we explored different aspects of data and learned that things have been changing over time. In this step we attempt to gain deeper understanding of our data by categorizing (a.k.a. clustering) our data. For the sake of training we pick a fairly simple model based on only three parameters. We leave more sophisticated modeling as exercies to the reader

We pick the most commonly used and simplest clustering algorithm (KMeans) for our job. The SparkML KMeans implementation expects input in a vector column. Fortunately, there are already utilities in SparkML that can help us convert existing columns in our table to a vector field. It is called VectorAssembler. Here we import that functionality and use it to create a new DataFrame

All we have done above with the VectorAssembler method is:

A Transformer is an abstraction that includes feature transformers and learned models. Technically, a Transformer implements a method transform(), which converts one DataFrame into another, generally by appending one or more columns. For example:

An Estimator abstracts the concept of a learning algorithm or any algorithm that fits or trains on data.

Technically, an Estimator implements a method fit(), which accepts a DataFrame and produces a Model, which is a Transformer.

Demonstration of the standard algorithm

Caveats: ** As k-means is a **heuristic algorithm, there is no guarantee that it will converge to the global optimum, and the result may depend on the initial clusters. As the algorithm is usually very fast, it is common to run it multiple times with different starting conditions. However, in the worst case, k-means can be very slow to converge. For more details see https://en.wikipedia.org/wiki/K-means_clustering that is also embedded in-place below.

With some cautionary tales we go ahead with applying k-means to our dataset next.

We can now pass this new DataFrame to the KMeans model and ask it to categorize different rows in our data to two different classes (setK(2)). We place the model in a immutable value named model.

Note: This command performs multiple spark jobs (one job per iteration in the KMeans algorithm). You will see the progress bar starting over and over again.

Remember that ML Pipelines works with DataFrames. So, our trainingData and modelTransformed are both DataFrames

To comfortably visualize the data we produce a random sample. Remember the display() function? We can use it to produce a nicely rendered table of transformed DataFrame.

To generate a scatter plot matrix, click on the plot button bellow the table and select scatter. That will transform your table to a scatter plot matrix. It automatically picks all numeric columns as values. To include predicted clusters, click on Plot Options and drag prediction to the list of Keys. You will get the following plot. On the diagonal panels you see the PDF of marginal distribution of each variable. Non-diagonal panels show a scatter plot between variables of the two variables of the row and column. For example the top right panel shows the scatter plot between duration and loudness. Each point is colored according to the cluster it is assigned to.

Do you see the problem in our clusters based on the plot?

As you can see there is very little correlation between loudness, and tempo and generated clusters. To see that, focus on the panels in the first and second columns of the scatter plot matrix. For varying values of loudness and tempo prediction does not change. Instead, duration of a song alone predicts what cluster it belongs to. Why is that?

To see the reason, let’s take a look at the marginal distribution of duration in the next cell.

To produce this plot, we have picked histogram from the plots menu and in Plot Options we chose prediction as key and duration as value. The histogram plot shows significant skew in duration. Basically there are a few very long songs. These data points have large leverage on the mean function (what KMeans uses for clustering).

In following cell we repeat the clustering experiment with a transformed DataFrame that includes a new column called log_duration.

The new clustering model makes much more sense. Songs with high tempo and loudness are put in one cluster and song duration does not affect song categories.